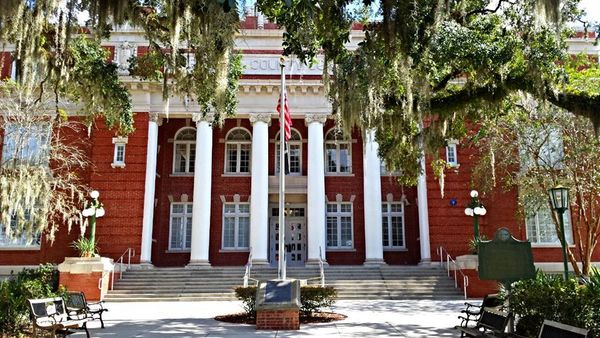 David Michael Brady, 30, was sentenced to 25 years in prison as a Habitual Felony Offender for Robbery with a Firearm and Possession of a Firearm by a Felon for robbing a Brooksville convenience store at gunpoint.

On July 7, 2020, at approximately 5am, Brady walked into the Wawa in Brooksville, lifted his hoodie to display a rifle, and told the cashier it was time for a robbery.  He collected over $400, left out the back entrance, and fled in a waiting vehicle. The vehicle was traced back to Brady’s girlfriend who indicated he had borrowed it from her.  For a week, Brady avoided the police and tried to leave the state.  He was arrested on July 14, 2020 and during an interview with Hernando County Sheriff’s Office detectives, Brady admitted to the robbery.  Brady had his cell phone with him and when that was reviewed, there were multiple things linking him to the robbery, including the phone connecting to the wi-fi and text messages stating he was on the run from the police.

Brady entered a guilty plea to 25 years in prison as a Habitual Felony Offender, the first 10 years of that sentence as a minimum mandatory sentence.  Brady also pled guilty to Possession of a Firearm by a Convicted Felon and was sentenced to 15 years in prison, concurrent with the first 3 years as a minimum mandatory sentence.