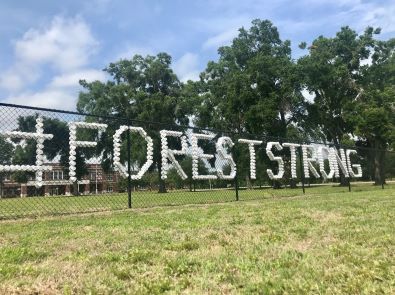 Sky Bouche, the former student who opened fire at Forest High School in Ocala, has been sentenced to 30 years in prison, with an additional 30 years of probation.

In April of 2018, Bouche entered Forest High School with a tactical vest, gloves, and a sawed-off shotgun in a guitar case. The former Forest student, then 19, fired a shot at a classroom door, hitting a student in the ankle. Bouche dropped the gun shortly thereafter and put his hands in the air, ultimately surrendering to a teacher.

Pursuant to the plea agreement negotiated by the State Attorney’s Office, Bouche pled guilty to all charges and will serve 30 years in prison with the first 25 years as a minimum mandatory, which means he will serve them day-for-day, without gain time. Bouche’s prison term will be followed by 30 years of probation.

"There's nothing more important than the safety of our children. Let this be a message that we have zero tolerance for gun violence. Our schools are a sanctuary for our future,” said State Attorney Bill Gladson.