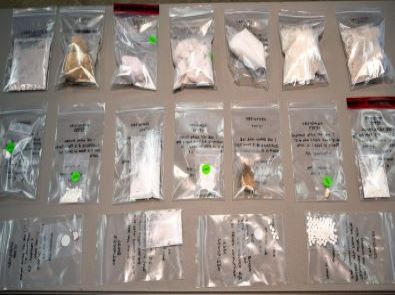 Lake County Sheriff’s Office undercover narcotics detectives, in collaboration with multiple local and federal law enforcement agencies, recently wrapped up a four-month investigation that targeted high-level traffickers of dangerous drugs operating throughout Lake County. The investigation, dubbed Operation Sneak-A-Peek, required detectives to travel throughout the state of Florida, and as far away as Georgia. Detectives learned that a lot of these drugs were originating in Mexico, crossing the borders into Texas and California, and were then either transported to Florida, or shipped to our area via various parcel services.

This is the largest amount of Fentanyl ever confiscated in the history of Lake County. The operation would not have been possible without the hard work, dedication, and inter-agency cooperation between the Lake County Sheriff’s Office, partners of the County-City Investigative Bureau, to include the Clermont, Leesburg, Eustis, and Mount Dora Police Departments, as well as the US Drug Enforcement Administration, the Federal Bureau of Investigation, Homeland Security Investigations, and the Office of the State Attorney for the Fifth Judicial Circuit.