State Attorney Files Motion to Dismiss Indictments, Set Aside Judgments and Sentences and Correct Record in “The Groveland Four” Case 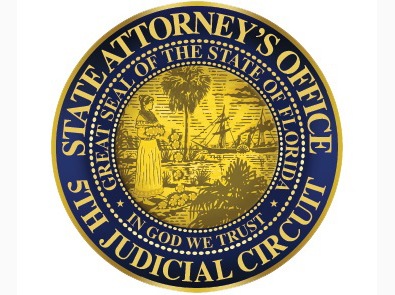 Today, State Attorney for the Fifth Judicial Circuit of Florida, William “Bill” Gladson, filed a Motion to Dismiss the Indictments of Ernest Thomas and Samuel Shepherd, Set Aside the Judgments and Sentences of Charles Greenlee and Walter Irvin, and Correct the Record with Newly Discovered Evidence in the case known as “The Groveland Four.”

In December of 2018, Florida Attorney General Pam Bondi directed the Florida Department of Law Enforcement (FDLE) to conduct a review of the 1949 criminal case in which Charles Greenlee, Walter Irvin, Samuel Shepherd, and Ernest Thomas were charged with the rape of a seventeen-year-old woman in Lake County, Florida. The men were subsequently pardoned by Governor Ron DeSantis on January 11, 2019.  In July of 2021, FDLE referred their investigation to State Attorney Gladson as the prosecuting authority for Lake County.

“Even a casual review of the record reveals that these four men were deprived of the fundamental due process rights that are afforded to all Americans” Gladson wrote in his motion. “The evidence strongly suggests that a sheriff, a judge, and prosecutor all but guaranteed guilty verdicts in this case. These officials, disguised as keepers of the peace and masquerading as ministers of justice, disregarded their oaths, and set in motion a series of events that forever destroyed these men, their families, and a community…I have not witnessed a more complete breakdown of the criminal justice system.”

The motion details the procedural history of the case, investigation by FDLE, the State Attorney’s review of the matter and the newly discovered evidence that forms the legal basis for the motion. The motion will be heard by Lake County Circuit Court Administrative Judge Heidi Davis.

For a copy of the press release issued by the Fifth Judicial Circuit State Attorney's Office, click here.